Magnetic is an effective technique for mapping geologic structure, geology and mineralization in grassroots mineral exploration. It may also be used in combination with other geophysical methods in geothermal exploration, and oil and gas exploration.

PPZG is fully experienced to conduct, process and interpret magnetic surveys from either reconnaissance or local surveys based on its extensive experience with magnetic throughout its history.

The role of Magnetics has subsequently been extended to include mapping of alteration zones, lithologic boundaries, and orientation of geologic targets (including shape, attitude, etc.).  Magnetic data can also be extremely useful for integrating with other earth science data as well as using data to guide the design and planning of further ground geophysical surveys. 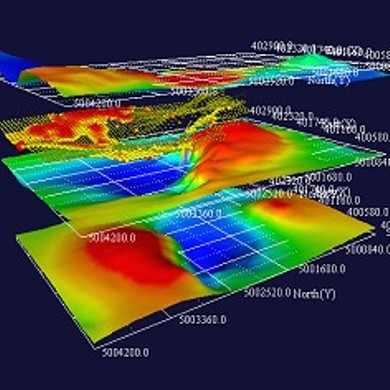