As known, an inversion mechanism means generally speaking, to determine the features of a process by observing its effects. In this particular case, we talk about determining Acoustic Impedance values (Velocity times Density) from seismic input, removing the wavelet and creating models which attempts to resemble reality as close as possible.

Seismic inversion transfers the seismic interfaces into layers and provides powerful additional information that can be used to lower your risk in exploration, and to quantify your reserves in production.

PPZG offers a full suite of seismic inversion techniques to our customers: 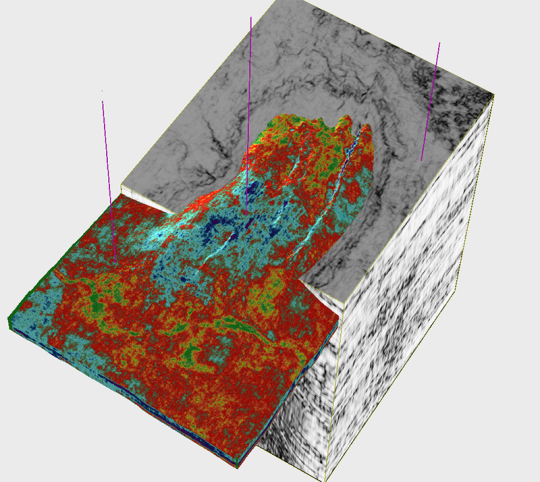